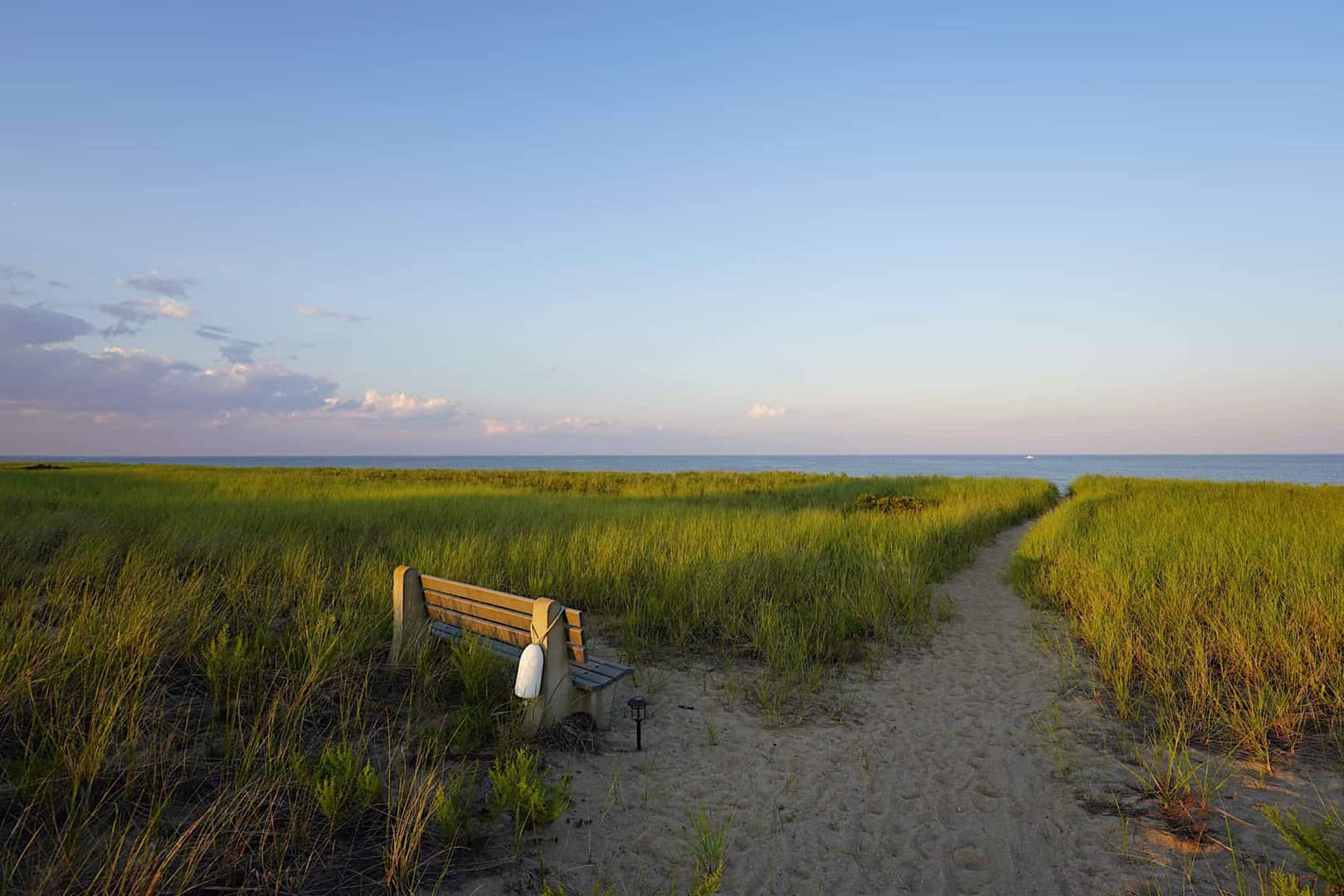 Save Your SearchRefine Search

Villa Como draws upon its owner's passion for boating, travel and entertainment. This prestigious estate sited on 16.3 meticulously manicured acres provides privacy and majestic views of the Cocheco River. The one-of-a-kind resort style home and guest house will captivate the avid outdoorsman with many featured amenities including a fishing pond, tennis & bocce courts, chipping green, and infinity pool with spa. Boat enthusiasts are able to stroll down the river banks to their deep water dock and enjoy a scenic 40-minute cruise to downtown Portsmouth and the Atlantic Ocean. After entering the gated entrance and winding down the private driveway, guests will be greeted by a long porte-cochere leading to the front door. Once inside, they will be awestruck by the walls of glass, vaulted barrel ceilings and the décor that reflects the natural surroundings. Thoughtful details have been incorporated throughout the home with commissioned works from local artists, interior design that moves from casual to formal with limitless venues for entertaining. The collective planning, design and construction of this exceptional property have incorporated all of the unique aspects of the owner's enthusiastic vision. A place you never have to leave, because it is all here! During these challenging times with a global pandemic, people have opted to stay home, why not staycation at this spectacular riverside retreat? Bring your world to you when you live at Villa Como in income tax free NH.

This is a site that has all the cards playing in its favor. It is located less than a quarter mile from Exit 7 on the Spaulding Turnpike (Rt 16), which provides access to Portsmouth and points south in less than 15 minutes. The site has great accessibility to downtown Dover and to nearby Durham, NH which is home to the University of New Hampshire, one of the leading research Universities in the country. The site itself is a large open field, with surrounding woods and a topography that is not completely level, but does have a gentle dome with slight variations in topography. The property has been re-zoned to industrial, and the city is seeking industrial development to create jobs. There are nearly 1,000 new housing units with approximately 400 built, less than 200 in construction, and another 400 plus in planning in Dover, which provides for adequate housing for any new employees, or any new employers. The site is surrounded by other industrial and commercial, with two other established Industrial parks across the street. The property has had extensive engineering completed, including survey, topography, wetlands, soils, test pits etc. There are a few concept plans that have also been completed for various sized facilities from 20,000 to 300,000 square feet. 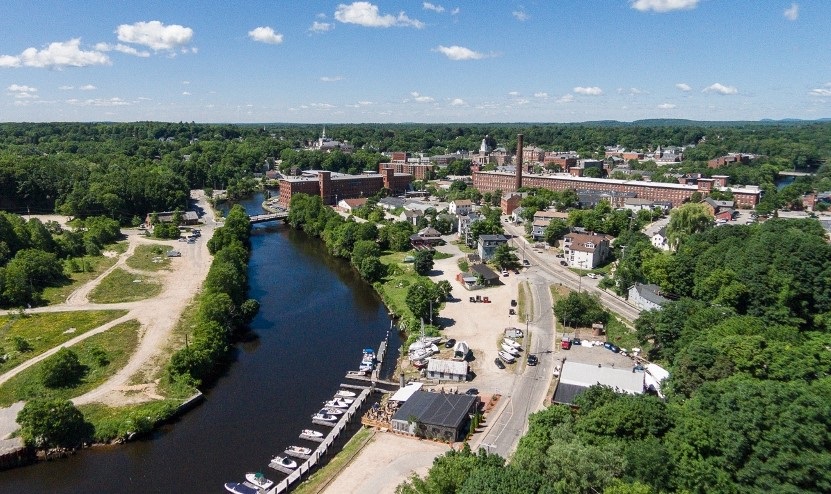 A very unique opportunity to create a downtown waterfront community. This waterfront combination of three parcels offers over 300 feet of water frontage, with priceless riparian rights, and is for sure a rare commodity. Deep water docking available with direct access via the Cocheco River to Great Bay and the Ocean. The possibilities for development are very optimal in Downtown Dover within the City Center. Dover is one of the fastest growing Cities in the United States, with the history of being the 7th Settlement within the whole USA having been founded in 1623. It is a very vibrant fast growing City with a population of over 30,000 and a catchment area of an over 100,000 population in the surrounding areas within easy reach. 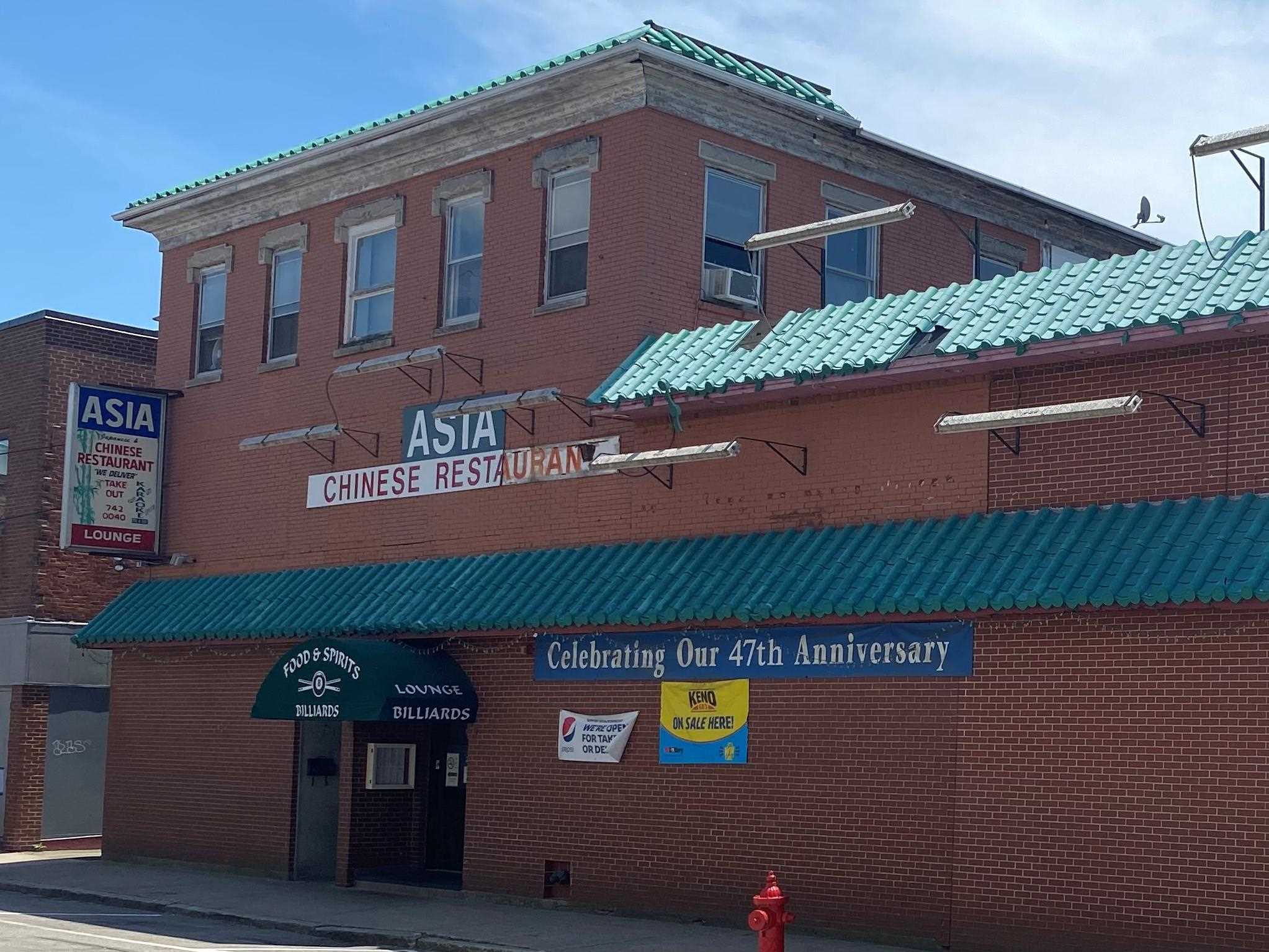 292 Middle/Back Road is a potential development site consisting of two parcels. This is one of the very few remaining large undeveloped opportunities with water access. Property highlights include: direct river frontage on the Cocheco and Piscataqua Rivers, R-40 Zoning/Riverfront Residential Overlay District, City water, sewer and natural gas on Middle Road and the potential for common or private docks.

Listed by Katherine Gemmecke and Christian Stallkamp of The Boulos Company

This type of stunning, unique, and versatile 1789 Farmhouse doesn't come along very often! Experience the essence of another era in this impressive South Dover restoration, the perfect place to live and work just seven miles from Portsmouth. The main home has been lovingly cared for and has so much to offer including a floor-to-ceiling masonry stone fireplace and a stunning open concept kitchen. Sunsets from the back patio overlooking bordering Tendercrop Farm are among the most beautiful in the Seacoast and because the home is surrounded by conservation land, you will never miss one. Perfect for a studio, office space, or bed & breakfast. Ideal location between downtown Dover and Portsmouth makes this home easy to access to commuters, client visits, or guests. Endless possibilities await. Be sure to watch attached videos.

POSSIBLE 34 LOT SUBDIVISION!!! There not making land anymore and this is one special piece of land in North Dover. 11 acres of field located less than a mile form exit 9 rt 16 and liberty mutual. Sellers have paid to have the engineers do a conceptual subdivision plan. Also have received estimates on cost of road and other development expense . This takes a lot of the guessing game away for the developer/buyer when making an offer. At the list price net number to builder is in the 80,000 range after obtaining approvals and constructing road and other costs associated with developing the 34 lots. Don't be left holding the bag when this virus goes away and the market is back in full swing. Start the approval process not for a 2021 build. Seller is to wait for approvals to close. Or check out the possibilities of just subdividing off 3 to 5 lots and use this as you equestrian oasis. Pastures and riding rink in place. Barn has 5 stalls and is heated. 2nd floor was location of former care. Sell of the house and some frontage lots and build you estate home in the far corners of the property. Many many possibilities. Just buy it an hold on for 10 or so years and reap the returns without the risk. Land is always going to be there but not to purchase sooner or later.

Let your worries melt away as you head down the wooded drive to this beautiful 4 bed, 3 bath, center hall colonial that sits on 18+ acres! The open floor plan is perfect for entertaining and the vaulted ceilings in the great room allows for an abundance of natural light. The spacious kitchen with its granite countertops, high-end stainless steel appliances and large granite island make entertaining a breeze. Invite your guests out onto the large deck to grill or work your way down to enjoy a dip in the in-ground pool. Once you've retired for the day, the large master suite offers a private and relaxing get away. The partially finished basement offers a home gym, personal sauna, a full bathroom, media area, and has walkout access to the pool. The home also offers a deep detached 4 car garage which is perfect for your car collection, snowmobiles, four wheelers or other toys. Above the garage is a large unfinished room which would make a great workshop. Delayed Showings: Showings begin on Tuesday, December 29th. Call to schedule your showing.

Class "A" condominium unit for sale at Royal Commons in Dover, NH. The raw space unit awaits to be finished into a buyer's first class office. 12,588+/- s.f. is available and consists of the entire third floor. The existing raw space consists of concrete floors, metal stud walls with insulation ready for drywall. HVAC, water and power delivered but not distributed. The unit is being offered "as is" and buyer will be responsible for its own build out. Estimated cost to bring the unit from its existing condition to a "vanilla box" condition is $35 to $55 per square foot. The condo fee is $4,241/month. Join other tenants which include Northeast Dermatology, Seacoast Pediatric Dentistry, Nyberg Orthodontics and Giomare Group. There is a 2,912 SF unit available for sale on the second floor (MLS #4773184).

Listed by Andrew Ward and David Choate of Colliers International 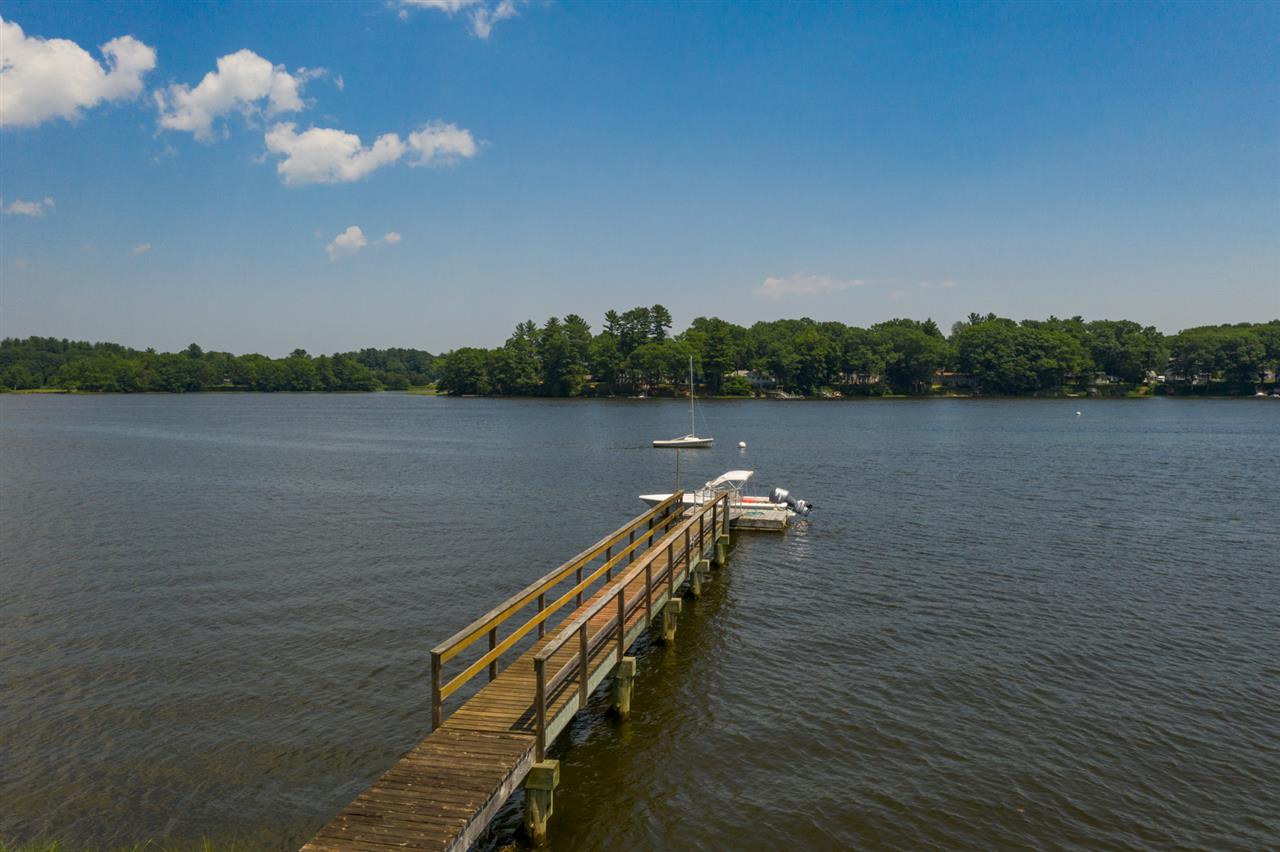 PRICE REDUCED! Extremely rare and utterly charming waterfront estate on just over 5 acres! This highly coveted stretch of the Piscataqua River offer tremendous water views and the property features a deep water dock that offers approximately 6' of draft at low tide - ideal for serious boaters looking to enjoy the Seacoast's river systems and the Atlantic Ocean beyond! The main level offers large living areas to include a vaulted Kitchen and Sitting Area with fireplace, a large Formal Dining Room with custom built-ins, an expansive Great Room with a large wood burning fireplace and a Main Level Master with en-suite bath, closets and direct access to the home's screen porch - a great place to enjoy your morning coffee! The main level also features a formal mudroom, laundry and half bath. The walkout lower level offers plenty of room for family and friends - there are four large bedrooms w/ views, two bathrooms and another large Living Room with a wood burning fireplace! The land offers tremendous potential for those looking to build an additional structure such as a barn or carriage house. With town approval, the possibilities here are tremendous. Conveniently located just minutes from the historic city centers of Dover & Portsmouth, this location is ideal for those seeking country living with quick access to some of the area's finest beaches, restaurants, country clubs, private schools and hospital systems! 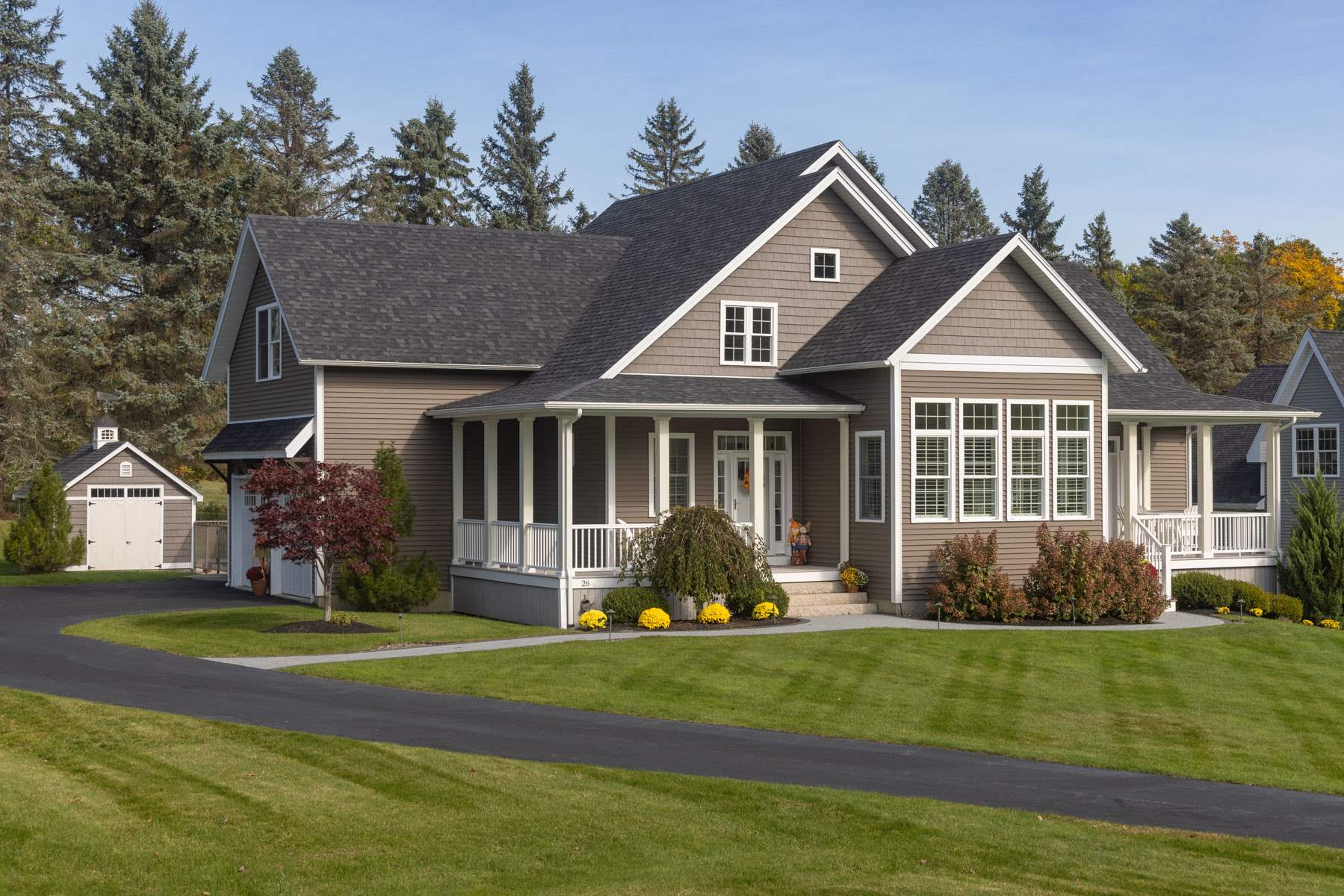 Take in the serene water views from this meticulous South Dover home in desirable Breezy Hill Landing! Built in 2012, this stunning, light-filled home lives like brand new. Upon entry, you'll be greeted with the warm and inviting living room with gas fireplace and a wall of windows making the home open and bright. The stylish kitchen has a large center island with plenty of seating, custom cabinetry, Viking appliances, Kohler fixtures, and beautiful granite counters. Open to the kitchen is a spacious dining area with French doors leading to a peaceful room perfect for a den, office, or playroom. Also on the first level is a spacious primary suite with a tranquil, spa-like bath and radiant heat floors in both. Three large bedrooms, a bonus room, and a full bath round out the second floor. The outdoor living is just as wonderful as indoor, with plenty of outdoor seating on the two covered porches and an in-ground heated pool with a Reeds Ferry pool house. Heated garage for 2 cars plus 1 “golf cart” sized bay. Systems include a water softener system, private well to supply an irrigation system, complete alarm system, and automatic timer controlled lighted walkway system. Mooring options available, giving you easy access to Great Bay, the Piscataqua River, and beyond! Please be sure to view attached Tours!

Copyright 2021 New England Real Estate Network, Inc. All rights reserved. This information is deemed reliable, but not guaranteed. The data relating to real estate for sale on this web site comes in part from the IDX Program of NEREN. The information being provided is for consumers' personal, non-commercial use and may not be used for any purpose other than to identify prospective properties consumers may be interested in purchasing. Data last updated January 19, 2021.